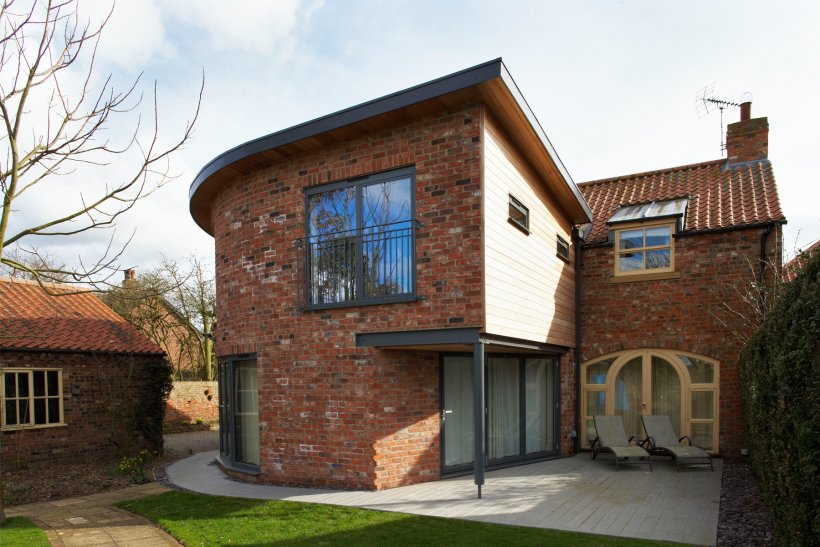 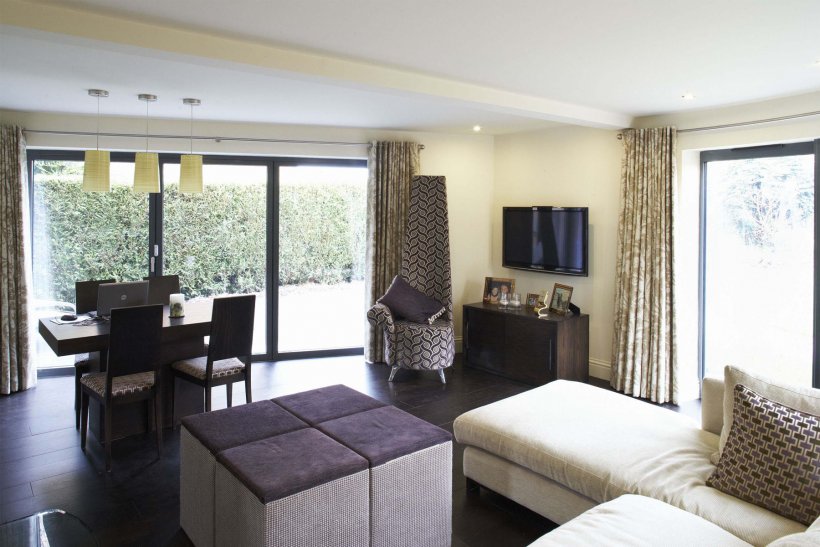 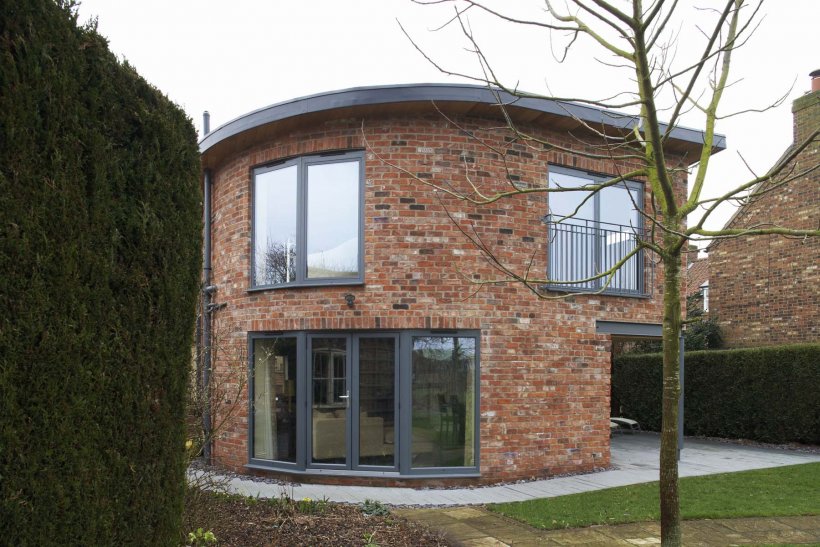 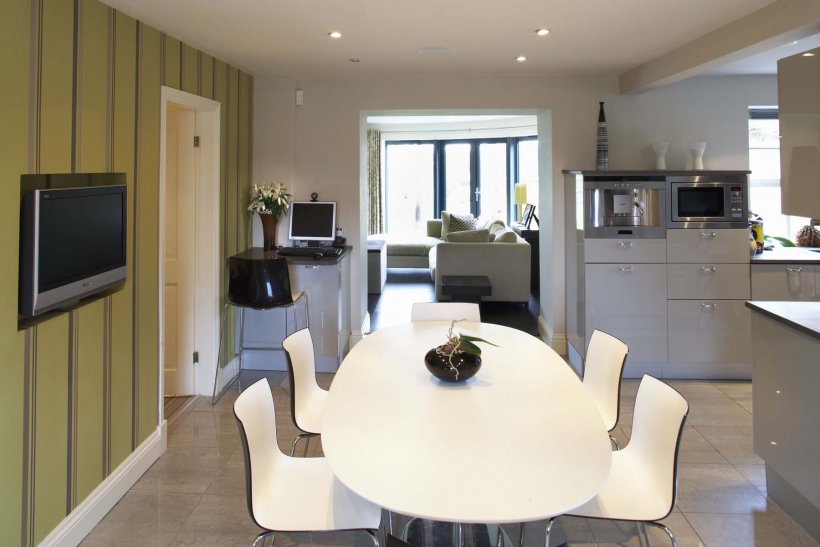 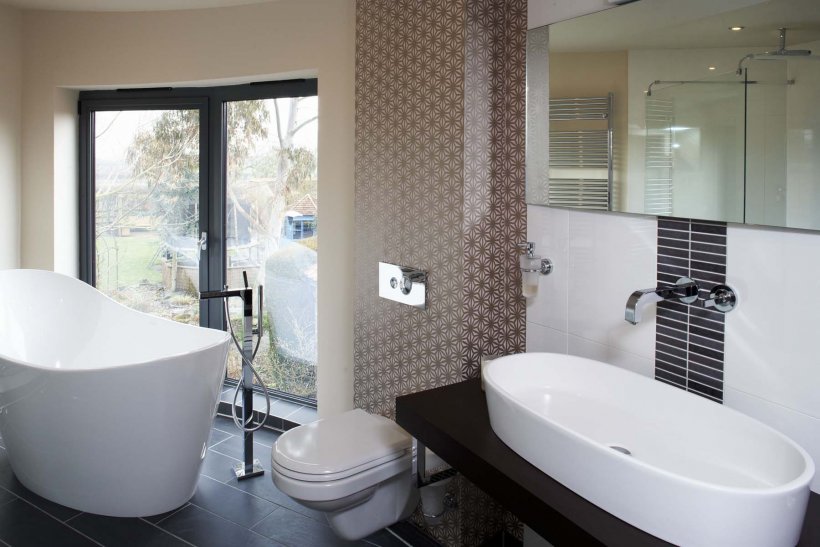 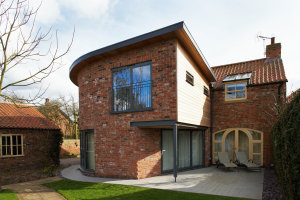 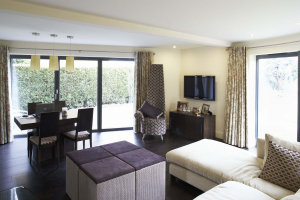 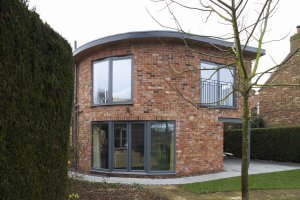 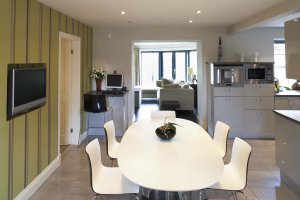 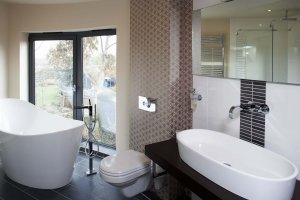 The site is at the rear of a converted barn known as the Old Barn converted into a dwelling about 15 years ago. The rear garden area backs on to open countryside and the garden is very private. Despite being on the north side the garden is an important feature when viewed from the house. The rear elevation of the house was a traditional brick facade with small scale window openings and a feature window to the sitting room reflecting a large traditional arched top agricultural opening.

The owners of the Barn enjoyed its vernacular style but required more space for their growing family on the ground floor and at first floor level. Their brief was to retain the existing character and status of the barn and complement it with a contrasting extension rather than a pastiche that would not be able to engage with the setting of the house and garden.

The scale massing and design of the converted barn and the arrangement of the accommodation would usually force any addition at the rear to be placed on the central axis between the rear existing openings to allow the views from the kitchen and sitting room to remain uninterrupted and keep the maximum amount of natural lighting to the rear accommodation. However, by placing a traditional rectangular volume in this position would divide the spaces adjacent to the house into two smaller courtyard spaces either side and offers a very small gain in space. Therefore the new extension retains views from kitchen and sitting room, forms external and internal spaces to maximise both accommodation and the connection between the house and garden with its softer curved volume.