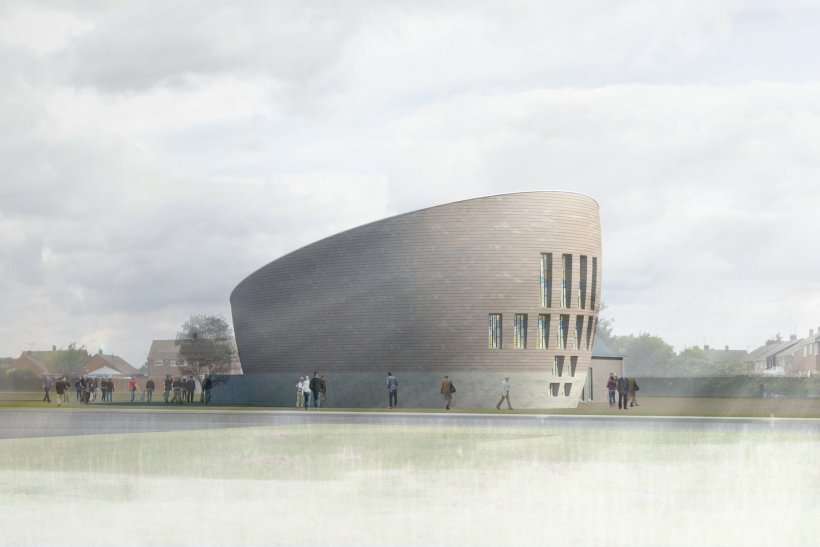 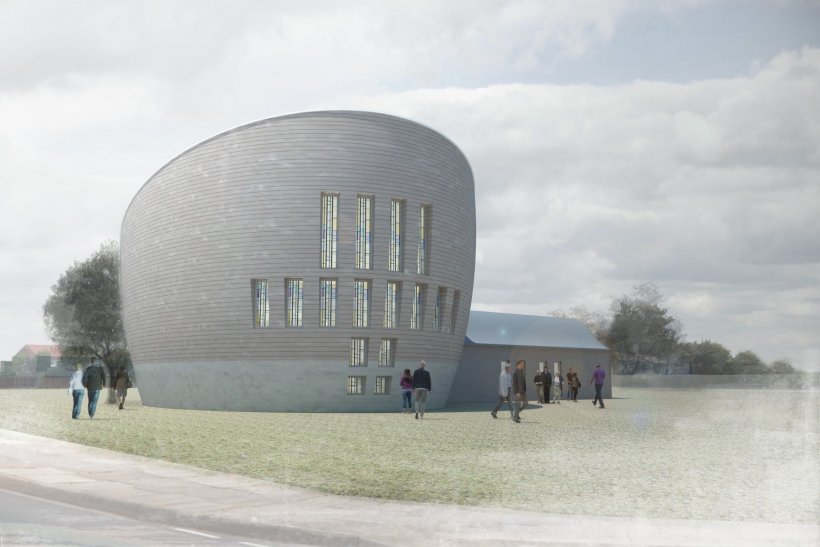 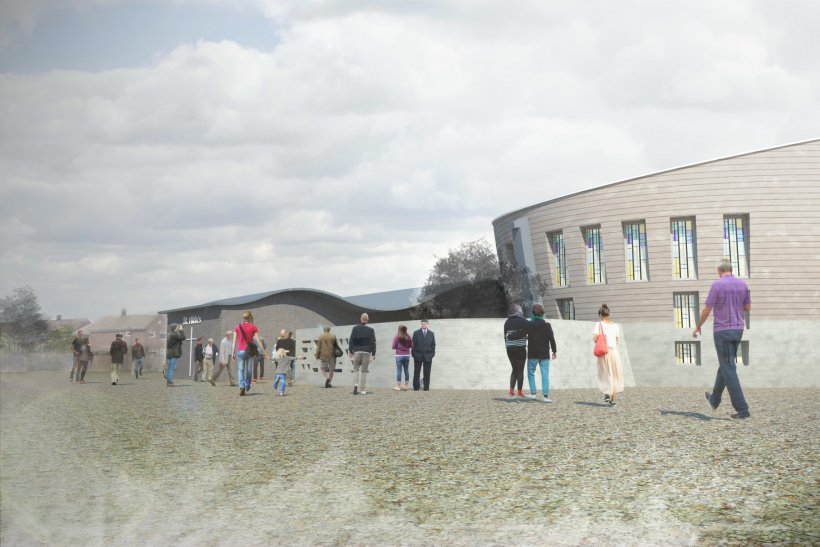 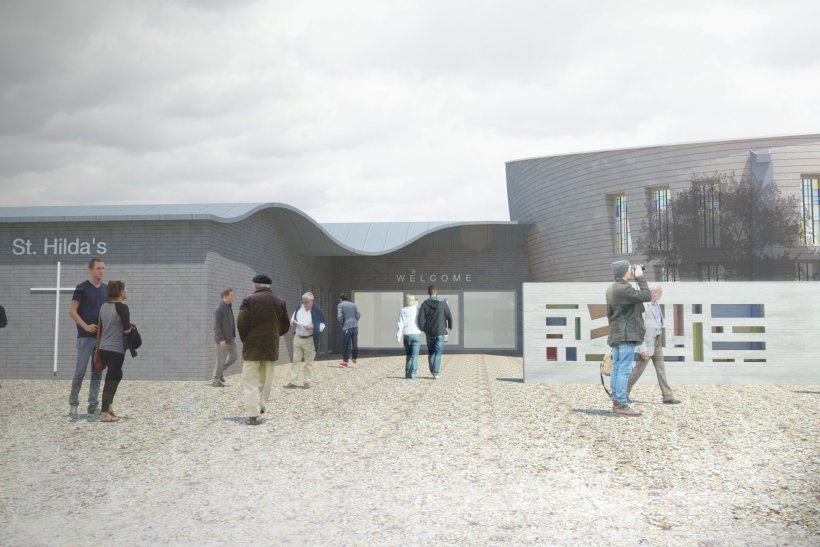 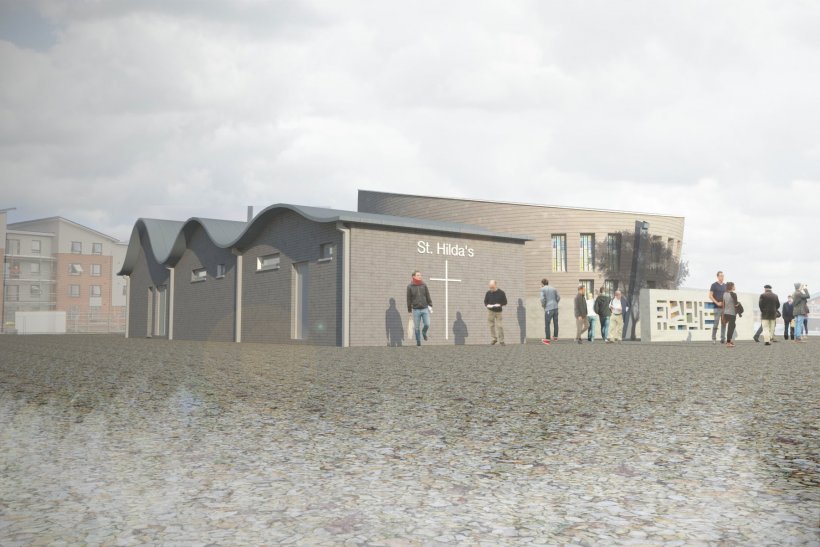 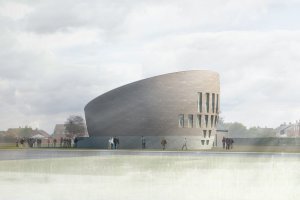 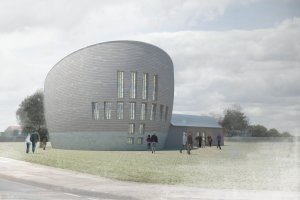 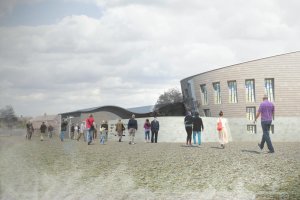 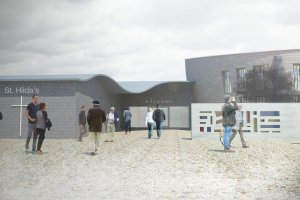 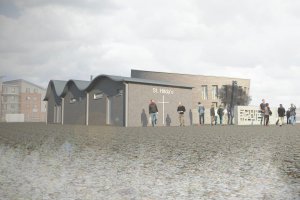 An unrealised church for the York Diocese and Kirkleatham Parish.

St Hilda’s church in Redcar as it stands today is a 1970’s designed highly sculptural form created from dissecting concentric volumes, capped with butterfly roofed lanterns rising from an open central worship space. The structure is an iconic building for the community in Redcar and has clearly influenced many of the surrounding spaces. However with it now being structurally unsound it must be replaced imminently.

Native’s proposal is to replace this landmark with a bold new ecclesiastical heart for a community, that may continue to carry the moniker of ‘the round church’ that is so well known to Redcar, whilst also being visually a fresh face for the church.

The distinctive half-egg shape (a symbol of rebirth) is a simple but unusual shape, turning the traditional arch upside down to create a bowl opening itself in celebration to the heavens above. The space is divided into a large sacred worship space connected to the community hall, which can then be opened up to create a combined multi-functional area.  The stained glass windows have been saved from the original structure and repurposed to provide a permanent link to the history of the church.

The service wing containing the facilities of the building is juxtaposing structure, square and angular, so as to show clear deference to the sacred space it serves, whilst wearing its shared ideals visually with a rippling roof. This is a reference not only to the worship space but to the curvaceous mudstone geology of the coastline on which the town is built. This is also referenced in the stripes on the building that mimic the strata of the rock containing layer upon layer of history. Being a coastal town the rippling roof cannot be extricated also from the waves of the sea that the town depends so much upon.