In celebration of the York Guild of Building’s 60th Anniversary Native were commissioned to produce the anniversary book detailing the history and qualities of the guild and its members. The finished volume was presented to the Guild at the the annual Guild Dinner.

In conjunction with the book Native were also commissioned to provide the Guild with after dinner chocolates for the celebration with the packaging graphically designed to match the presentation of the Anniversary Book. 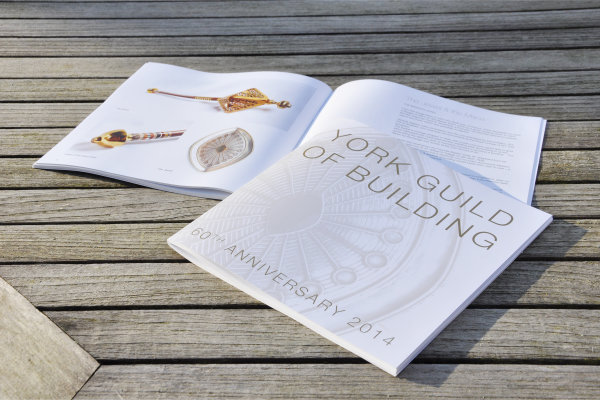