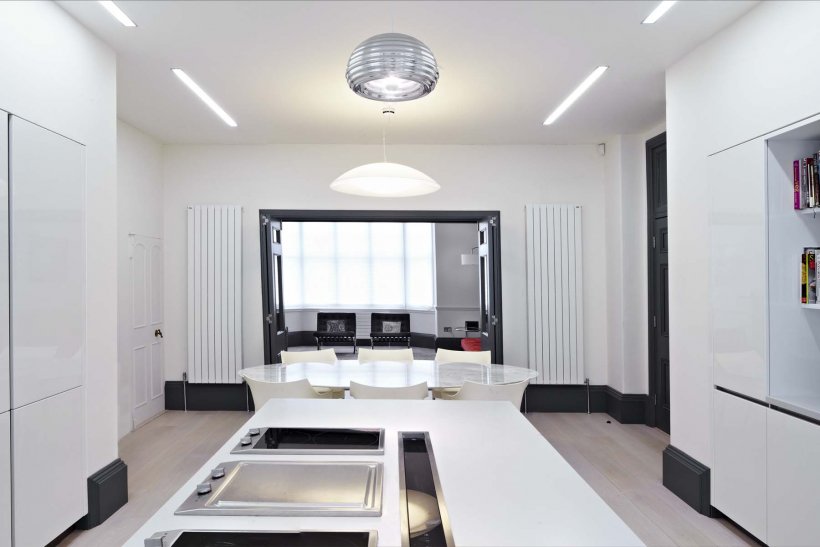 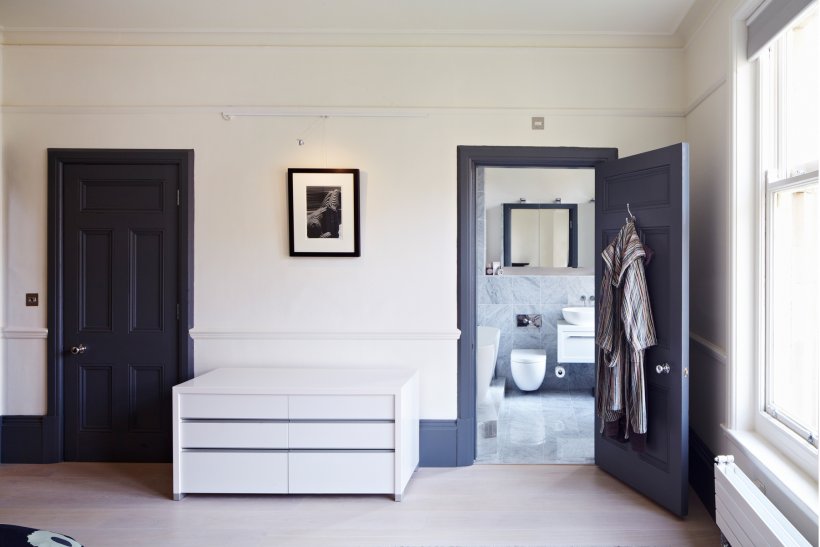 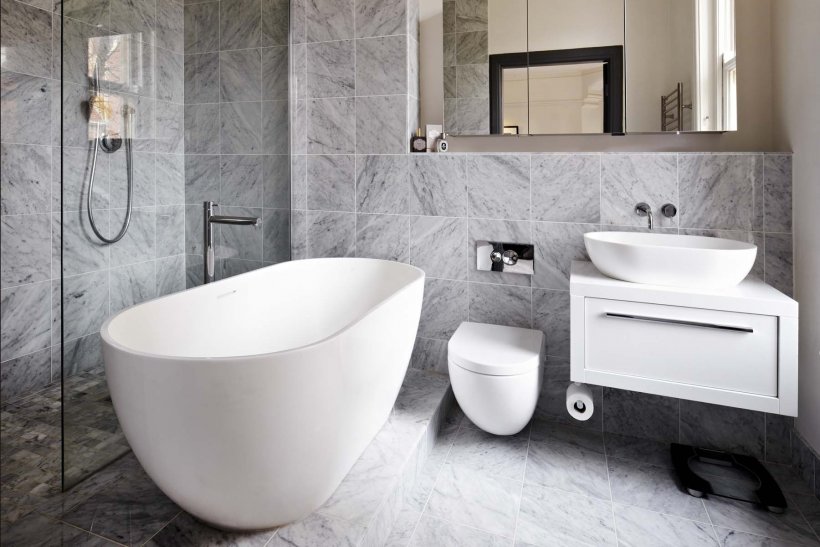 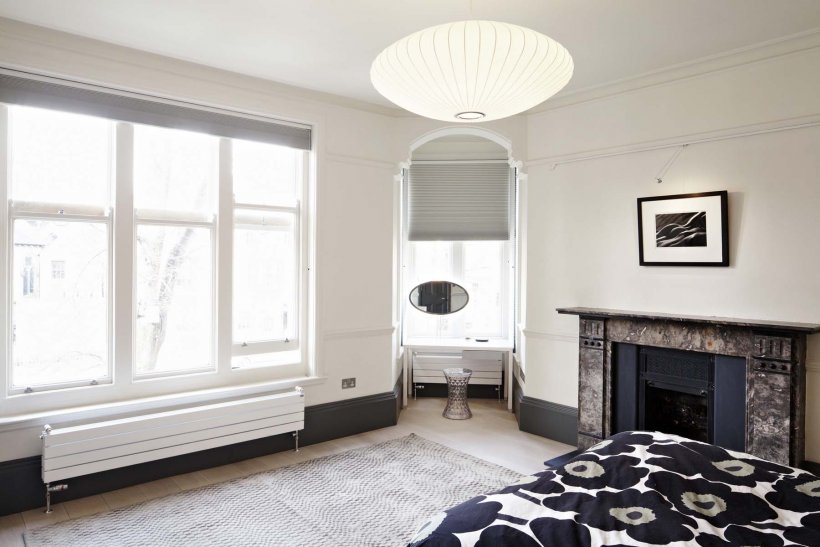 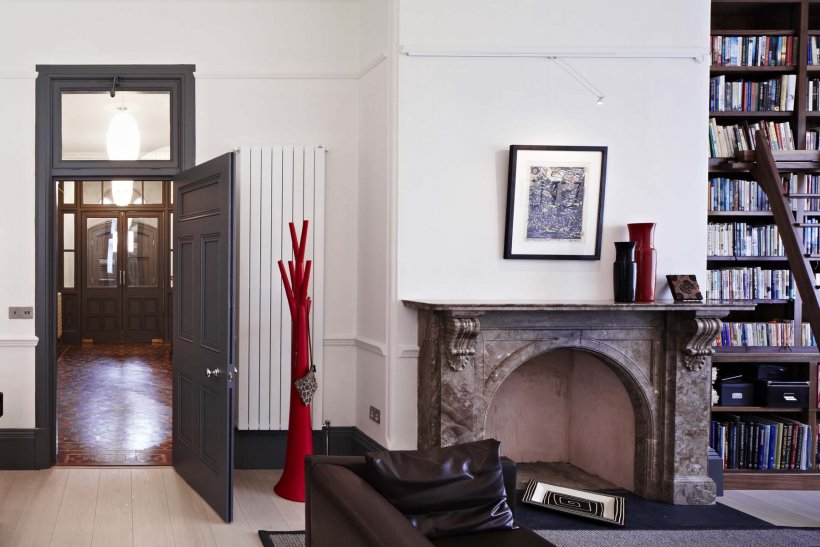 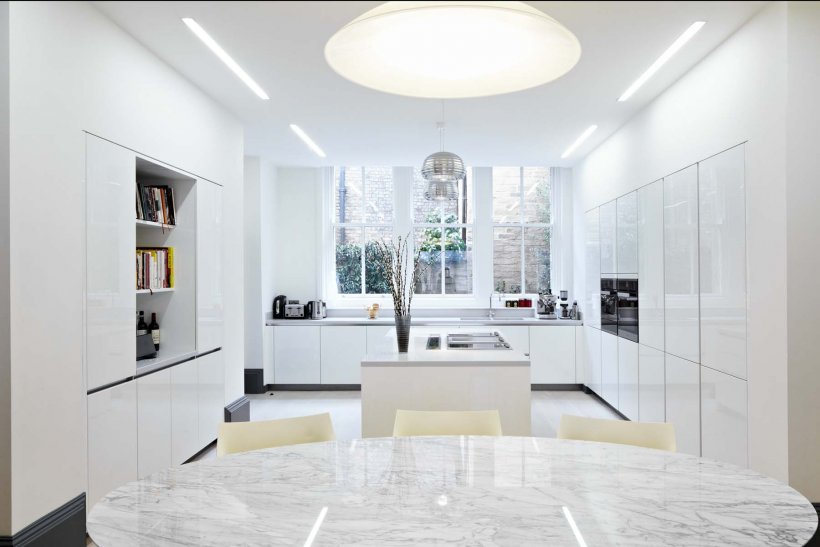 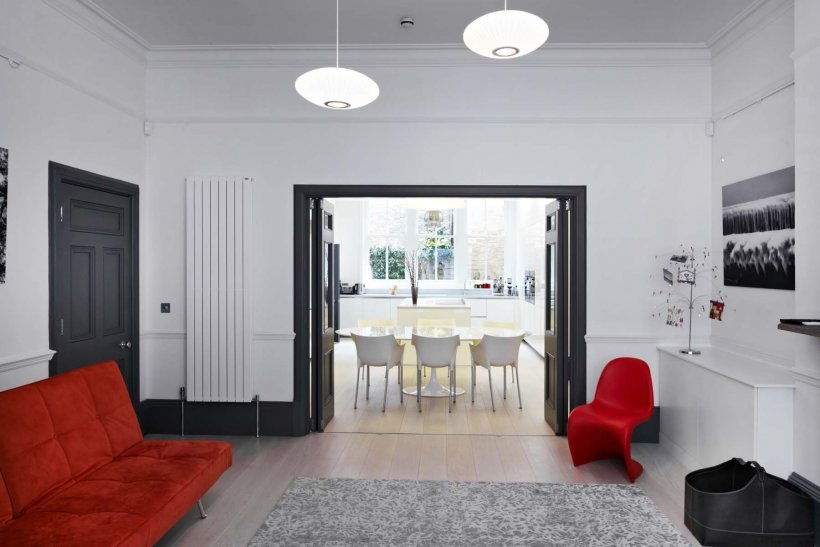 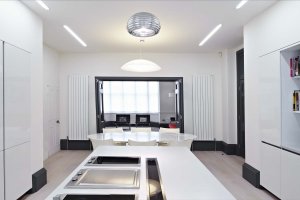 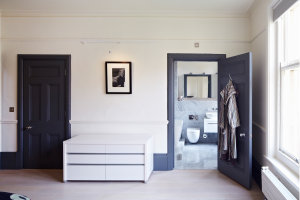 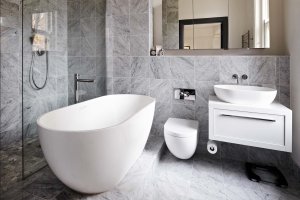 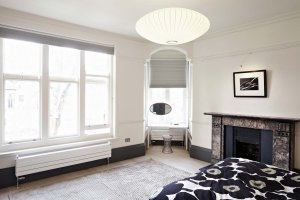 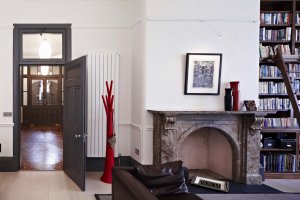 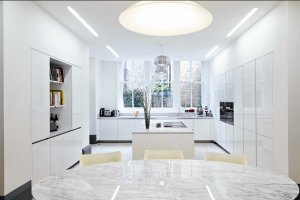 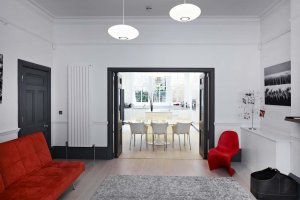 Our brief was to unify the home, as an earlier poor conversion of the former public building had created a disparate collection of rooms. The client wished to restore the prominence of the period detailing and juxtapose this with a minimalist design of new fitted storage for hiding the trappings of modern life. The quality of the design lies in the conversation between the two, where the modern creates a stage to showcase the original expert craftsmanship.

The canvas that we were given was a clumsy ten-year-old conversion of a Grade II listed Victorian building which whilst attempting to retain the period features had resulted in them being left visually dulled. Our restoration has brought the original craftsmanship once again into a prominent position against our new interventions where the modern crispness of the contemporary furniture, creative lighting and art all relax together.

The kitchen has had a bizarrely located utility room removed from the centre of it, creating a large comfortable space with an abundance of new light being harnessed from the generous original windows. The newly created mezzanine above the landing has extended the amenities with a light contemporary flourish in a formerly inaccessible space.

We upgraded the efficiency of the building by insulating all of the ground floor except for the hallway and draught-stripping all of the windows and doors so whilst they remain original they are more efficient.

This project won the John Shannon Conservation Award from the York Design Awards 2015, with the judges describing it as “a co-ordinated sequence of rooms that is, at the same time, homely, practical, gracious, well-ordered, – and quite simply beautiful.”